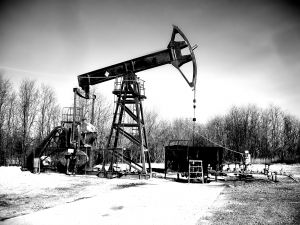 Not surprisingly, the scale of Shell’s profits have led to criticism from various parties ranging from irate motorists being hit in the wallet at the petrol pump to the green lobby.

There’s a few things about this set of figures that particularly rankles with Greenbang.

First, Shell maintains it is committed to investing in renewable energy and clean technology and the company does spend $500m a year on alternative energy resources. But let’s put that into a bit of perspective – that’s about five days’ profit based on today’s results.

Next is the fact these latest profits were boosted by Shell’s Canadian oil sands business. The high price of oil now makes this controversial form of oil extraction financially viable for the big oil companies (not just Shell), but it is more energy and carbon intensive than traditional extraction.

Finally let’s not forget Shell recently sold its stake in the Array London wind power project – the world’s largest offshore wind farm project, although Shell maintains that decision was not a reflection on its commitment to alternative energy and points to its involvement in many similar projects around the world.

The full financial results are on Shell’s website here.