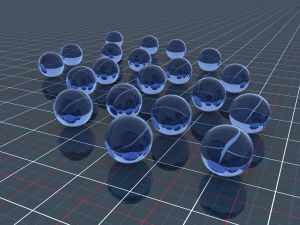 Skin is a useful thing really. It keeps your insides in, and everything else out, apart from mosquitos and vampires’ teeth. And if judiciously applied, it can even power your iPod and the assorted other consumer gadgets that Greenbang bets you’ve got in your briefcase.

Researchers over at the Idaho National Laboratory have come up with a way of making plastic sheets – the gadget skins of the future – which hold an absolute truckload of nanoantennas and can suck up solar energy. Even when it’s dark.

Greenbang will let the Lab explain:

The nanoantennas target mid-infrared rays, which the Earth continuously radiates as heat after absorbing energy from the sun during the day. In contrast, traditional solar cells can only use visible light, rendering them idle after dark. Infrared radiation is an especially rich energy source because it also is generated by industrial processes such as coal-fired plants.

And the sheets don’t just suck up solar, they can absorb any old waste heat that’s knocking about.

More on how they work, for the nano-curious:

The nanoantennas are tiny gold squares or spirals set in a specially treated form of polyethylene, a material used in plastic bags. While others have successfully invented antennas that collect energy from lower-frequency regions of the electromagnetic spectrum, such as microwaves, infrared rays have proven more elusive. Part of the reason is that materials’ properties change drastically at high-frequency wavelengths […].

The researchers studied the behavior of various materials — including gold, manganese and copper — under infrared rays and used the resulting data to build computer models of nanoantennas. They found that with the right materials, shape and size, the simulated nanoantennas could harvest up to 92 percent of the energy at infrared wavelengths.

One small problem: no one’s worked out how to convert the energy that’s been absorbed back into useful electricity.

Still, once the scientists get over that minor issue, they reckon the sheets have a big future ahead of them, eventually turning up as mass produced skins that can be wrapped around gadgets like laptops and then used to power them.