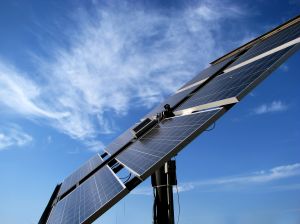 Japanese consumer electronics manufacturer Sharp and Italy’s largest power company, Enel SpA, are to invest $1.05bn in a solar power joint venture that will have a total generating capacity of 189MW for Southern Italy by 2012.

A number of photovoltaic power plants will be set up mainly in southern Italy and will utilize thin-film solar cells, which offer superior power generating efficiency in hot-climate regions. The companies plan to expand the venture in future to cover other Mediterranean countries as well.

Sharp, Enel, and a third European manufacturing company will also construct a thin-film solar cell plant in Italy with the potential to expand annual production capacity to around 1GW in the future. The initial phase of development will put in place a production system having an annual capacity of 480MW, with the aim of starting operations around the middle of 2010.

The joint venture will be located in Rome and will be set up in January 2009. A memorandum of understanding agreement for the manufacture of the thin-film solar cells will be signed in December.