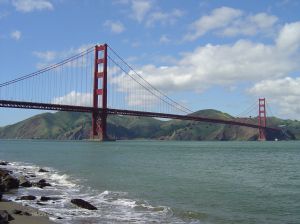 There are several things in the world I’d quite like.  World peace for one.  An email application that looks out for the word attachment and then warns you when you’ve forgotten to actually attach it would also go down well.

But, in the absence of these I’d more than happily settle for a parking space close to my door.  Here in Bristol it’s a nightmare and it has, albeit only once, taken over an hour to find a space.  We’ve even started praying to the local parking fairy – it’s sadly true.

Indeed a recent study by the New York Transportation Authority discovered that between 28 and 45 per cent of traffic on many of the city’s streets is people looking for a spot – that’s a lot of CO2.
Apparently, San Fran is fed up with this too and plans to test a network, called SFpark, that will alert drivers of empty parking spaces using their mobile or display the information on street signs. 6,000 of the city’s 24,000 metered parking spaces (they’re not saying where the free ones are I see) will be used for the trial.

According to Green Daily:

SF Mayor Gavin Newsom claims the program is a way to manage congestion and calm traffic patterns, instead of using restrictive tolls, like in London and Singapore (New York has proposed a similar plan).

Overall, the program has several benefits: parking time limits and fees can be adjusted based on the time and day, and the city can monitor the percentage of spots occupied at any given time (for instance, SF might set a goal that only 85% of spots should be occupied).

Realistically, it’s not going to make a huge dent and I’d be surprised if the survey was correct – how can you monitor that accurately.  That said, any measure that gets people out of their cars earlier is a good thing.  My only query is will it encourage others to drive in?  Tie this to a park and ride scheme or a ‘bike to work as parking’s a nightmare’ announcement and you may just have something.