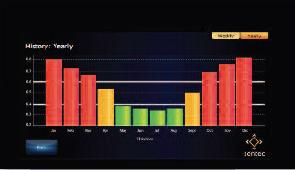 While countries like Italy have already taken the plunge into the smart electricity metering pool, other countries are testing the waters more gingerly and taking their time before diving in. But while a certain amount of study and research are necessary, it’s also important not to let the process take too long, says Mark England, managing director of the UK-based smart metering firm Sentec.

That’s about the point that Britain’s at right now, England adds.

“It’s partly down to reluctance of government and (oil and gas markets regulator) Ofgem to make decisions,” he says. “Ultimately, we need clear leadership from everybody as to what the correct solutions actually are.”

Until that happens, he continued, “in the UK, we’re all sitting on our hands.”

There’s hope that might begin to change after July 1, when Ofgem is expected to release a prospectus outlining more details about what Britain’s regulatory and commercial framework for smart meters should look like.

Smart electricity meters are widely viewed as key in improving the energy efficiency of households, which today are responsible for about 27 per cent of Britain’s carbon emissions. That’s twice as much as emitted by commercial and public buildings, and five times as much as from industrial buildings.

Smart meters not only allow for two-way communication between household and utility, but enable homeowners to track their daily energy use over time and identify usage patterns that could help them reduce their electricity consumption and costs. They also promise to allow households with microgeneration — small wind turbines or rooftop solar panels — to send energy back into the power grid when needed.

And, last but not least, smart meters are the first step toward achieving a fully smart energy grid … one that can accommodate a growing base of renewable sources and automatically manage supply and demand fluctuations across the grid for maximum efficiency. 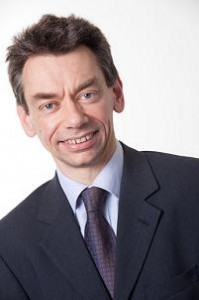 Across Europe, different countries have taken different approaches toward smart meters and grids. Italy, for example, dove in starting in 2000 with what for now remains the largest-ever smart metering rollout to 27 million-plus customers. Britain has a goal of equipping every household — some 29 million or so — with a smart meter by 2020, but suppliers, consultants and energy providers are waiting for more specifics on just how that will happen.

England expects the UK will eventually see meters deployed region by region, and hopes the government’s plan is to base the system on the GSM (for Global System for Mobile Communications) mobile telephony standard, as that’s already widely used.

“I think I’d put money on GSM,” he said. “We have a pretty good GSM network.”

Whatever’s decided after Ofgem’s prospectus comes out, England says he hopes the UK will focus on two priorities. One, he said, don’t choose simply the lowest cost product, but focus on the technologies proven to have worked best in other installations in the US and elsewhere. And, two, don’t worry too much about the functions a meter can deliver now … as long as it can meet the needs of householders today and can be easily upgraded as more features become available.

“We shouldn’t get too hung up on every spec in play because you can upgrade in the field,” he said.

Addressing consumers’ concerns about costs and data security are also vital, England added. While the technology is there to ensure households can effectively and securely manage their energy consumption, companies in the industry will need to ensure that message is delivered.

“It’s one of those things where people can get very hot under the collar,” he said. “You’ve got to make sure you get the PR right.”

And as to whether Britain can actually achieve its goal of 100-per cent residential smart metering in the next decade?

1 thought on “Sentec MD: Time for UK to take the smart meter plunge”