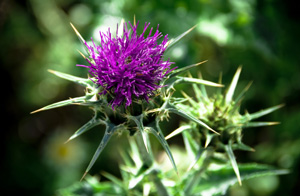 Unless scientists come up with a way of connecting irate commuters and one-legged pigeons up to the national grid, then London isn’t going to be the biggest generator of renewable energy. Scotland however might have more of a chance, with all those windy hillocks and stormy seas. However, in an exemplary piece of logic, some Scots power generators would have to pay the grid to take the electricity, whereas a (presumably fictional) London power station would get a handout.

It’s not gone down well with the Scottish First Minister Alex Salmond, who told The Herald:

“Such extremes of charging can have no justification and similar examples were put to me from Shetlands and the Western Isles.”

It’s not all bad news though. According to the Herald, Salmond has been chatting with the head of the national grid Steve Holliday, who wants to see the laws that cause the daft charging regime overhauled.

And that’s not all: Holliday apparently wants to see the system of planning applications for renewable projects overhauled and undersea electric cables built connecting Scotland to England and Wales.