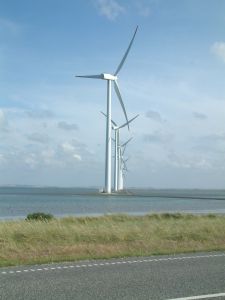 The Scots are lobbying to scrap plans to have “crippling new charges that threaten Scotland’s renewable power industry”.

The Scotsman has this:

“Today, The Scotsman is calling for Ofgem to drop the idea and work to assist the creation of renewable energy schemes in places where winds blow, waves crash and tidal flows are the strongest.

Scotland has 25 per cent of the available tidal power in Europe and 10 per cent of the continent’s wave power. That – plus expertise gained from North Sea oil exploration – has led to the emergence of a fledgling industry that could turn Scotland into the “Saudi Arabia of renewable energy”, creating jobs for 30,000 people.”