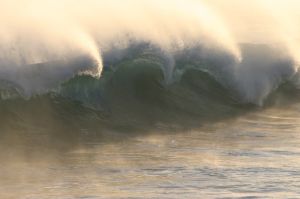 Plans to develop the world’s largest tidal power project off the coast of Scotland and Northern Ireland have been unveiled today by ScottishPower.

Three sites will initially be developed with a combined outpout of 60MW. Two of the sites are in Scotland in the Pentland Firth and the Sound of Islay, with the third off the North Antrim coast in Northern Ireland.

The projects will use the Lànstrøm tidal turbine developed by Hammerfest Strøm AS, a company jointly owned by ScottishPower Renewables and Norwegian companies StatoilHydro and Hammerfest Energi.

Each site is being evaluated with a view to installing between five and 20 undersea power-generating turbines. With each turbine having an installed capacity of 1MW, this could lead to a combined output of 60MW – enough energy for over 40,000 homes. Following planning approval, which will be submitted next summer, the projects could be operational by 2011.

“This is a historic day for the development of marine energy. The rapid technological advancement of tidal power has enabled us to progress plans for this substantial project which has the real potential to deliver significant environmental and economic benefits. Scotland has the best tidal resources in Europe with the Pentland Firth alone containing enough tidal energy to meet a third of Scotland’s power requirements.”

An excited Scottish First Minister, Alex Salmond, even declared this could lead to Scotland becoming the Saudi Arabia of marine power – we presume he’s referring to the tidal-generated electricity output rather than human rights record there. He added:

“Scotland has massive potential to meet our energy needs several times over from a wide range of renewables, from wind through biomass, hydro power and the massive potential of the sea. Today, the focus is on the opportunities to be found beyond our shoreline. Caithness, and the waters churning off the nearby coast from the Pentland Firth to the islands of Orkney, stand as a powerful symbol of that renewable energy potential. Scotland has a marine energy resource which is unrivalled in Europe – we have an estimated 25 per cent of Europe’s tidal resource and 10 per cent of its wave potential.