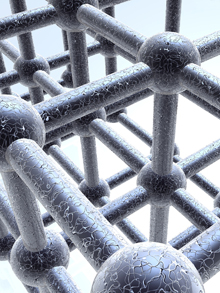 Greenbang has written several times before of being a great fan of scientists. If you leave them alone long enough, they work out how to do things quicker, better, cheaper or sooner. Which is why, in an ideal world, they would be Greenbang’s butler – they’d be great at making exquisitely engineered sandwiches and get the ironing done in half the time. But luckily the focus of their energy is a bit more useful to humanity than that.

A team of white-coated folks University of Wisconsin-Madison and University of Maryland (UM) have come up with a new nanotechnology-driven chemical catalyst that could make fuel cell vehicles even better.

The University of Wisconsin explains the breakthrough like this:

UW-Madison chemical and biological engineering Professor Manos Mavrikakis and UM chemistry and biochemistry Professor Bryan Eichhorn describe a new type of catalyst created by surrounding a nanoparticle of ruthenium (Ru) with one to two layers of platinum (Pt) atoms. The result is a robust room-temperature catalyst that dramatically improves a key hydrogen purification reaction and leaves more hydrogen available to make energy in the fuel cell.

One day, it could be common for fuel cells to create electricity by consuming hydrogen generated from renewable resources. For now, most of the world’s hydrogen supply is derived from fossil fuels in a process called reforming.

An important step in this multistage process, called preferential oxidation of CO in the presence of hydrogen (PROX), uses a catalyst to purge hydrogen of carbon monoxide (CO) before it enters the fuel cell. CO presents a major obstacle to the practical application of fuel cells because it poisons the expensive platinum catalyst that runs the fuel cell reaction.

Attractive for transportation applications and as a battery replacement, proton exchange membrane fuel cells generate electricity using porous carbon electrodes containing a platinum catalyst separated by a solid polymer. Hydrogen fuel enters one side of the cell and oxygen enters on the opposite side. Platinum facilitates the production of protons from molecular hydrogen, and these protons cross the membrane to react with oxygen on the other side. The result is electricity with water and heat as byproducts.