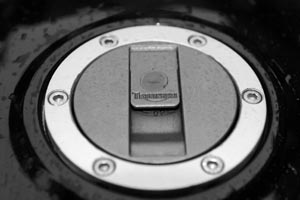 The subject of mythical fights has reared its head today. Darth Vader vs. Batman quickly became the main event. For those that need to know, in a 10 round match Vader won after sucker punching Batman with the line, “Bruce, I am your father.” Well, it worked against Luke.

In the warm-up fight between the stick and the carrot a much easier victory was recorded. The carrot was left smashed to a bloody pulp in the first round.

If you’re, as even Greenbang is, getting confused as to how this all relates to green issues, the International Energy Agency has released figures showing petrol sales have fallen by 20 per cent over the past year to 350 barrels per day. It’s harsh, but it does seem that you need use a stick and make driving too expensive if you want to stop people doing it.

Speaking to the Daily Telegraph the IEA’s chief oil analyst, Eduardo Lopez, said, “British motorists are clearly driving less.“They are switching to public transport, which is much easier than in America, where people living in the suburbs often have to drive whether or not they want to.”