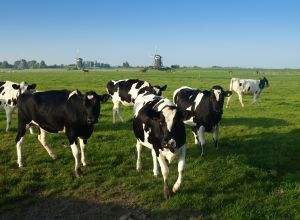 There are somethings in this world that need to be practiced before they’re perfect. A hangover, for example, is never truly great until you’ve been trying for 15 years. And even then, so I’m told, it just keeps on improving until you can see between worlds simply by moving your head of a Sunday morning.

And it’s like that for eco-friendly packaging too, it appears. Wednesday will see Sainsbury’s begin selling milk by the bag, reducing the packaging by 75 per cent. Sales will initially be in London and the South East.

The supermarket chain is hoping its customers will finally accept the greener alternative to the current milk bottle that also failed to take off in the UK when the Co-op launched it in the 70s. The bags have been designed to fit inside a reusable plastic jug which will open the milk too.

With 180 million pints of milk being consumed per week in the UK campaigners believe approximately 100,000 tonnes of plastic containers will be kept out of landfill sites each year. To help ensure the bags are recycled Sainsbury’s will also have collection points in the stores.

A quick phone call to Sainsbury’s press office revealed that there are no plans to roll it out further for products such as juice or bottled water.

However, according to Nick Gammage of the environmental organisation, Wrap, it may be possible to go one stage further. Speaking to the Times he commented, “It’s exactly the kind of innovation we’ll see more of in the future, but the key test is the usability; whether customers will like it.

“Another innovation we think is on its way is having a self-dispenser in supermarkets, where customers can take their jugs and fill up with milk actually in the store itself.”