electricity grids2
South Korea’s power grid now has something no other grid in the world has: the longest-yet distribution-voltage superconductor cable system, capable of carrying around... 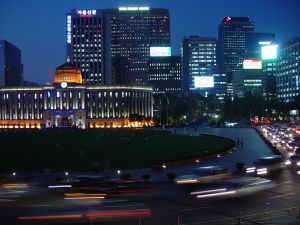 South Korea’s power grid now has something no other grid in the world has: the longest-yet distribution-voltage superconductor cable system, capable of carrying around 50 megawatts of power.

That’s enough electricity to meet the annual energy needs of some 50,000 US homes.

A joint effort of Korea Electric Power Corporation (KEPCO), LS Cable & System and American Superconductor, the 22.9-kilovolt (kV) alternating current (AC) cable system has been energized at the I’cheon substation near the city of Seoul. KEPCO is now planning a one-kilometer, 154kV AC cable system and a 500-meter, 80kV DC cable system in the grid on South Korea’s Jeju Island.

AC superconductor power cable systems can conduct up to 10 times the amount of power of conventional cables made with copper wire. Installed at strategic locations in urban power grids, they promise the ability to help reduce grid congestion. They can also be used to replace overhead lines.

“Already overtaxed power grids around the world are being challenged to meet rising electricity demands associated with today’s growing and increasingly networked economy,” said Jong-ho Son, president of LS Cable & System. “Because superconductor technology provides a reliable, cost-effective solution, we see it as a tremendous growth opportunity. Beginning with helping to fulfill KEPCO’s vision and expanding into a global business, we plan to capitalize on superconductor technology to meet the growing power demands of Korea and the world.”