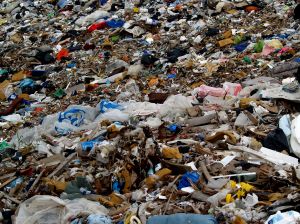 There’s something really satisfying about recycling. It may be the smash as bottles break in the bottle bank. It could also be the holier-than-thou mindset that one instantly adopts. In reality, it’s probably neither so we should stop analysing and get back to work.

The business newswires have been on great form today with an announcement from the Nippon Steel Corp.capturing our eye. The Japanese company has developed a technology to produce hydrogen from garbage.

Basically, landfill now becomes of use. The newswire also cited the Nikkei business daily, which suggested waste disposal costs could be cut by 20pc.

The technology comes from a collaboration between Nippon Steel, Kyoto University and the University of Kitayushu. The ministry of economy, trade and industry also chipped in a few yen.

According to the newswire “Nippon Steel aims to sell the equipment to municipalities. The hydrogen gas extracted could be used for fuel cells to power cars and factories, while the ash residue could be used to create cement, the report added.”