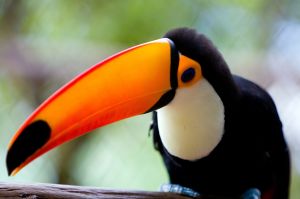 A couple of days ago, the New York Times published an article that led with the following statement, ‘The Bush administration has worked overtime to manipulate or conceal scientific evidence — and muzzled at least one prominent scientist — to justify its failure to address climate change.”

Today, the Prince of Wales’ project to protect the rain forests has announced the results of an international survey that polled people’s understanding of rain forest destruction and the need to address these now. It appears that, if the New York Times is right, Bush has failed.

The overwhelming majority understand the link between the forests and climate change and see preserving the forests as second only to switching to renewable energy.

From the press release:

“The PRP, led by a Steering Group comprising sixteen of the world’s largest companies and leading experts such as Lord Stern, plans to use the period leading up to the UNFCCC at Copenhagen in December 2009 to find solutions to the problem of tropical deforestation. A priority will be to find financial models to value the tropical rain forests in order to establish how they can become worth more alive than dead.”

An eloquently stated, short video has also been created to describe the project, this can be found here.