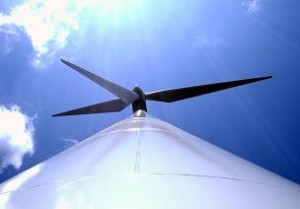 A Spanish energy company has set its sights on making Romania home to the world’s “most ambitious” network of wind farms yet, now that it has received the go-ahead from the nation’s electrical grid operator.

Iberdrola Renewables, a division of the energy firm Iberdrola, says the OK from Transelectrica paves the way for its Dobruja project, which will add a network of 50 wind farms to Romania’s Dobruja, located in the country’s southeast. The wind farms, to be built between 2011 and 2017, will eventually add 1,500 megawatts of capacity to Romania’s energy grid — enough, Iberdrola claims, to power nearly one million households.

Iberdrola Renewables established a presence in Romania last year with the opening of an office in the capital city of Bucharest. The new location was part of the firm’s ongoing plans to expand its operations throughout eastern Europe.

The company already has operating wind farms in Poland (161 megawatts) and Hungary (50 megawatts), and is currently building Estonia’s largest wind farm (150 megawatts). It is also developing capacity in Bulgaria and is in the process of taking wind measurements in Russia.

Iberdrola also expects to begin construction this year on its first wind farm in Romania, the 80-megawatt Mihai Viteazu project. While not part of the just-approved Dobruja project, that wind farm is also located in the Dobruja region and it set to begin operations in January 2011.