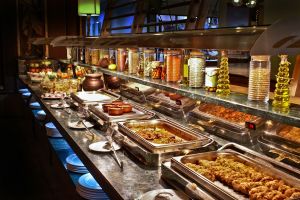 Researchers in the US have identified yet another problem that’s causing us to consume too much fossil fuel and generate more greenhouse gases: food waste.

In fact, since 1974, per capita food waste in the US has increased by some 50 per cent, amounting to 1,400 kilocalories per person per day or a total of 150 trillion kilocalories per year. That extent of waste accounts for more than one-fourth of the nation’s freshwater use and some 300 million barrels of oil every year, the research team found.

The study by Kevin Hall and colleagues at the National Institute of Diabetes and Digestive and Kidney Diseases was published in the journal PLoS ONE.

Hall’s team calculated the energy content of nationwide food waste from the difference between the US food supply and the food eaten by the population. They concluded that previous estimates are likely to have underestimated food waste by as much as 25 per cent in recent years.

The progressive increase of food waste suggests that rising US obesity might have been caused by the “push effect” of increased food availability and marketing, with people being unable to adequately manage their food intake in the face of an increased supply of cheap, readily available food.

Hall’s team concluded that addressing the oversupply of food energy in the US could help curb to the obesity epidemic as well as reduce food waste, which would have profound consequences for the environment and natural resources.