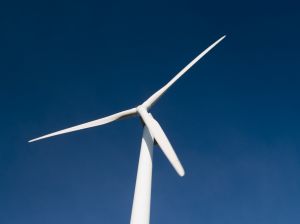 The rising cost of offshore wind farms is giving utility company Centrica a touch of the jitters about its massive wind power investment programme – estimated at about £3bn to £4bn.

According to several news reports on Friday – one here in the Financial Times and one here in the Daily Telegraph – Centrica says the investment cost of offshore wind power has risen to £3m for every megawatt of installed capacity, up from £2m.

Not only that but the global financial meltdown means Centrica is also struggling to find investors for its offshore wind power programme and Centrica is quoted as saying it will be “revisiting the economics” of its wind farm programme.

Centrica says it is still committed to its wind plans but if the company does slow down or back track on its offshore wind power plans, it will be a huge blow to the government’s targets on renewable energy.

Centrica has about 360MW of installed offshore wind capacity and plans to build a total of 1.6GW.

Centrica’s alternative is nuclear power. A dirty word for many, but based on the figures above and the money it has raised to buy into nuclear provider British Energy that’s looking a more sustainable and profitable path for the company right now.