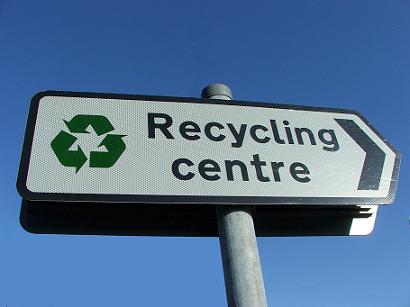 is plunging all sorts of cash into recycling. It’s like some sort of crazy green obsession.

The government (and opposition) are making political mileage from talking about it. Increasingly people are said to be doing it. And Greenbang is all for it (whoop yeah).

But it’s not working, apparently, according to The Local Governemnt Association, which has called the ‘dustbin of ’.

Here’s what All Headline News has to say about it:

‘s multi-million pound nationwide recycling effort appears to have literally gone to waste after a local group found that the country threw more garbage in its landfills than any other European Union state.

The Local Government Association even noted citizens prefer to just dump their waste then heeding calls for active recycling.

“ is the dustbin of with more rubbish being thrown into landfill than any other country on the continent,” said Paul Bettison, chairman of the LGA environment board.