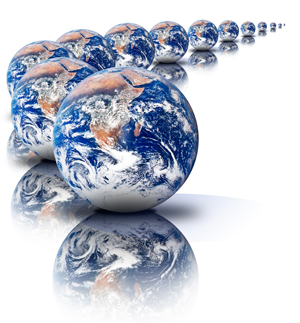 if the Advertising Standards Authority’s latest annual report is anything to go by, a lot of companies are describing their green efforts in advertising material using the same techniques that those who use internet dating sites like to describe themselves. You know, ‘cuddly’ really means ‘morbidly obese’, ‘looking for friendship maybe more’ means ‘just looking for a quick scuttle, probably won’t call you again’.

The ASA is none too happy with all this greenwashing malarky, and has delivered a verbal slap on the wrist to those who would stretch their green credentials further than a stripper’s knicker elastic.

Here’s what it has to say:

Claims that products and services were carbon “neutral” or “zero” or “negative” were particularly open to challenge, as were statements about CO2 emissions or absolute claims such as “100% recycled” or “wholly sustainable”.

As the number of complaints about green claims grew, the ASA commissioned independent research into the public’s understanding of environmental claims in ads. The research results revealed high levels of awareness of environmental messages, but also confusion about what terms mean.

Claims about carbon emissions and green tariffs were among those most likely to confuse consumers, but terms such as “sustainable” and “food miles” were also misunderstood. Those researched admitted to not reading the small print or explanatory text in ads, which advertisers may use to explain bold headline claims about environmental impact.

Ryanair, Shell, Lexus all got a slap down for green campaigns. You can get the whole report here.