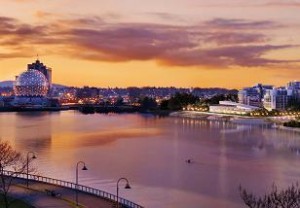 With thousands of athletes, many more thousands of spectators and a half-dozen new venues, the 2010 Olympic Winter Games in Vancouver come with a cost … not just in dollars, but in energy consumption.

How much energy, exactly, was a question that organisers of past Games couldn’t answer. That’s different this time around, thanks to a system developed by Vancouver-based Pulse Energy. The Venue Energy Tracker enables the Olympic organising committee, for the first time ever, to track real-time energy consumption as well as energy savings achieved through a variety of sustainability measures.

The Vancouver Organising Committee for the 2010 Olympic and Paralympic Winter Games (VANOC) set it as a goal to produce “world class facilities with a minimal environmental footprint.” By studying the experiences from past Games, the committee worked to promote green construction practices that included energy-saving technologies, rainwater capture and reuse and waste heat reuse. Once everything was built, though, organisers still needed a way to assess how green their efforts actually proved to be.

“Since you cannot manage something you do not measure, the Venue Energy Tracker is the missing link for all of the venue partners who want to both lower their overall energy consumption and verify the effect that green retrofits and initiatives taken during the design and construction had on their buildings,” the Venue Energy Tracker website states.

Over just the first three days of the Games, the Energy Tracker revealed that all the sustainability measures helped reduce energy consumption by about 20 per cent compared to what would have otherwise been expected. Certain venues stand out for their even greener performances; the LEED Platinum-certified Athletes Village Community Centre, for example, shows an energy savings of 64 per cent.

The Venue Energy Tracker, which can be viewed by the public, features a dashboard for each participating venue that shows real-time information on energy consumption. The data is intended to help venue managers make smarter choices about how and when to use electricity.

Overall, the organising committee expects these Games to end up with a reduced energy footprint equal to 18 gigawatt-hours — enough to power more than 1,600 homes for an entire year.

“The current Vancouver Winter Olympics is demonstrating how energy consumption can be monitored and reduced by using smart technology,” Helliwell said. “We’re already seeing the results and hope that similar technology can help London 2012 achieve its targets.”