Real Logic signs up new turbine friend – but who is it? 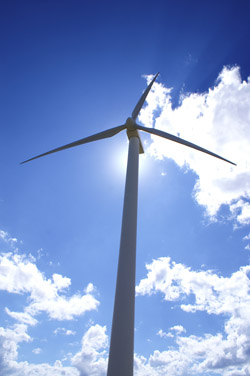 Here are a few things that Greenbang considers impressive: satellites, academics, cheese with wax coating, the cloning of sheep and anyone that can play the harp.

Here’s something else impressive: the projected profits from a new union between Real Logic and another company to create a new range of commercial wind turbines. No word from Real Logic on who that company might be though.

There’s a new Real Logic subsidiary in the offing which will deal with the new turbines, who will take over the intellectual property from the unnamed partner. Here’s more from Real Logic:

The company’s commercial wind/hydrogen energy innovations are expected to offer the renewable energy market a distinctive power generation system costing less than conventional technology available. Currently, there are only five major worldwide corporations in the Wind Industry: G.E., Siemens, Mitsubishi, Suzlon, and Gamesa. These companies have been so successful that they have backlogs of orders for their equipment until mid 2010. Based on supply and demand alone, Real Logic believes that we can fulfill the roll of a major supplier with a unique proprietary product that is readily available and less costly than existing systems in the marketplace.