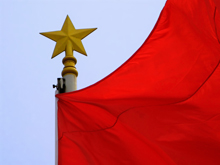 Thin film maker Qiangsheng Photovoltaic Technology Co Ltd is eyeing the market as hungrily as drunk man eyes a kebab. Even more hungrily considering that kebab is worth $250 million. For Qiangsheng is going public, planning an IPO it hopes will net a quarter of a million. Once its on the receiving end of all that lovely capital, Quiangsheng will be aiming to ramp up production to 500 megawatts.As Reuters puts it:

“A listing is the only way to fulfil our expansion ambition,” Chairman Sha Xiaolin said. “We hope to list by the end of this year, or the first quarter of 2009 at the latest.”Qiangsheng expects to chalk up $10 million in 2008 net profit, rising to $50 million in 2009, he said.”There’s much more room to make profits for thin-film cell makers, than silicon-based ones,” he said.