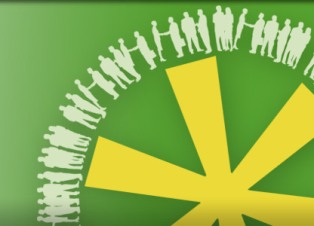 IBM has made a bunch of headlines this year with its various green initiatives, reports and so on. It launched Project Big Green and also Big Green Innovations, the former focused on data centres and the latter on broader green issues.

And it’s the latter that shows the diverse range of things that the firm is getting involved in–from water management and desalination to photovoltaics and more. Hardly the big server business that used to be its bread-and-butter back in the day.

In this long but fascinating interview, Greenbiz executive editor Joel Makower speaks with two of Big Blue’s Big Green cheeses: Sharon Nunes and Wayne Balta. They discuss a range of things, such as why on earth an IT services giant is working on solar panels, for example:

SN: Well, if you look at the current solar technologies IBM has actually a lot of expertise in the technology, which is very silicon-based for solar cells right now. If we look at our silicon processing materials, engineering, nanotechnology, we have a very similar skill set to what is being used today to create solar cells, silicon-based solar cells.

There’s also great detail about its work in water, for example. It makes tech-geeks like Greenbang excited to realise that while IT isn’t exactly environmentally friendly in itself, it’s got a major role to play in helping all kinds of industries work out how they can improve their impact.

And we have a number of discussions underway. We’ve defined some key offerings, mostly around the era of the advanced water management. So think about how you can bring information technology to bear of solutions that would have to do with water conservation.

So we’re looking at water from very high-level perspective. Think about water availability, and it could be underground water, above ground water, water distribution along the pipes and the channels, aquifers and water consumption. And, from a consumption perspective we’re looking at things like the cleanliness of water, the availability of water through some of the — what we think would be smart filtering technology we could bring out of our research lab.

The interview also looks at what kind of an opportunity this is for IBM, discussing the phases of growth within such an industry (and making the comparison with the firm’s entry into the life sciences business some time back).

It’s all a good read, check it out.