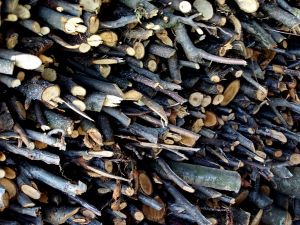 A new programme in Uganda aims to help poor households reduce their dependence on firewood by bringing them solar power.

According to MPower, a new initiative by Mercy Corps, $25 can provide two months’ worth of clean and reliable solar energy to families in northern Uganda.

The region, still recovering from two decades of civil war, today remains largely agricultural, with little access to electricity. In fact, fewer than 3 per cent of rural residents have electricity and most travel an average of nearly a half-mile a day just to gather the wood they need for cooking.

By bringing solar power to the region, MPower hopes to reduce health problems caused by cooking smoke, enable small businesses to operate after dark, allow children to study at night and reduce the safety risks to residents — usually women — who must travel far afield to collect cooking fuel.

Funds for the project and other Mercy Corps programmes are being raised through the new MPower platform, which lets individuals, groups or corporations create custom webpages to raise money from friends, colleagues, readers or anyone else they can reach.

“We are hoping MPower will encourage more people to get involved in changing their world,” said Tripp Ritter, who works with Mercy Corps. Other programmes being supported through the MPower platform include grassroots efforts to promote women’s rights and entrepreneurship in the Central African Republic, an initiative to build job creation in Haiti and a project to provide job- and life-skills training to youths affected by the Haiti earthquake.