Producing the start up index 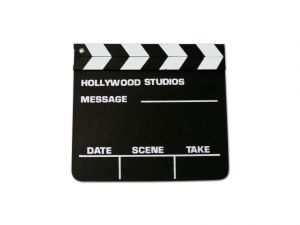 Each day this month, we’ll be posting extracts from the report we’ve just published on the UK’s best start-up companies.

Take one planet. Add a rising human population. Stir in a food crisis, a growing dependence on fossil fuels and devices that feed off them. Whisk in some fears of energy security, price hikes, and sprinkle with some shrinking supplies of oil. Add a lot of carbon and cook for 50 years.

It’s not exactly a recipe for success…

There’s much work to be done to slow or perhaps reverse the effects of this mess. We at Greenbang look at the business, technology and innovation approach to answering just a few of these problems.

There has been an explosion in alternative energy technologies and green business that has kicked off the clean tech revolution. A report by the United Nations Environment Programme says that investment in energy-efficiency technology reached a record $1.8 billion in 2007, a 78 percent increase on 2006.

The main drivers for this impressive growth are: climate change is real and business and society
know it – so being green is cool (at the moment). At the same time energy prices are soaring, yet businesses still need to be profitable, so that means cutting costs while increasing sales. As a result, people are looking for technologies that cut energy bills, on economic and ecological grounds.

Looking forward, the demand to make the world a cleaner place isn’t slowing. By 2020, the sector will be worth over $600 billion, says the UNEP. Meanwhile global temperatures and fossil-fuel prices show no signs of cooling so investment in innovative startups will be crucial to cleaning up our recipe for disaster set out above. We wanted a snap shot of the industry in the UK before looking at other countries. Assessing the health of this industry has highlighted some fantastic opportunities but major potential
downfalls.

We published a call for submissions from clean tech start-ups on our website (theglobalview.com). To qualify, the company had to be less than two-years old; be privately owned (i.e. not publically listed); have a strategic path to profit or be an obvious target for investment; and sell a product or service with a clear environmental benefit (that was hard to measure as in many cases there is no standard process for this, so we have offered our opinion).

Some of this was a bit of a tall order. There was also some confusion around the definition of start-up, which we would like to point out does not simply equal ‘idea’. It soon became clear that the less-than-two-years criterion ruled out a lot of companies of substance. By this we mean companies with a solid revenue pipeline, some kind of infrastructure, a website (so many companies we looked at didn’t have one) and so on.

Granted, a lot of companies probably won’t have backing after just two years. There are exceptions: DeepStream Technologies secured £2.8 million in venture capital the year it launched.

That said, we decided to extend the age of qualifying companies to five years, to show the growth trajectory from start-up to substance and the lessons to be learned from that. After searching the country and putting out feelers to a wide range of contacts, our list of UK clean tech start-ups began to take shape. The shortlist…

The most difficult part of compiling this report was narrowing the shortlist. Clean tech spans a cross-section of industries as diverse as companies making waves in marine energy generation, to those who design pipelines inspired by the movement of blood-flow.

And even within individual sectors there were a number of issues to get to grips with. There is, for example, a difference between wave energy and tidal energy – but more on that later.

Although these companies fall into our categories – carbon, construction, energy, resources, technology and transport – many fall into more than one area. And we didn’t want to hamper the chances of any company by putting a label on them now. So we put them in alphabetical order.

We found original, inspiring designs, technologies, business models and people who have worked hard every day to build a business in this sector. The UK has some incredible up-and-coming businesses that are ripe for a closer look. The disclaimer comes next – this is not the definitive list. This is Greenbang’s opinion and an informed selection. There may have been some companies that slipped through the net. But then again, that’s their fault for not reading our website, and for failing to produce their own.

We’d like to thank the University of Bath’s Innovation Centre, and PR company Hill & Knowlton for sponsoring this report. Thanks to those who worked on this report: Pamela Whitby, Jo Best, Ewan MacLeod, Krystal London, Lisa Kwok and Dan Ilett And of course, massive thanks to everyone who took part.