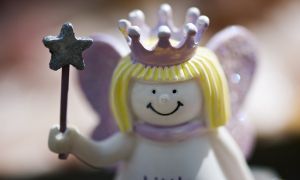 Greenbang has never heard of Prince Albert II of Monaco. But this is what he’s up to:

The UK branch of the Foundation is responsible for raising awareness of environmental issues and the work of the Foundation, as well as for fundraising. It is registered as a charity and is headquartered at the Maison de Monaco in Upper Grovesnor Street, London.

The Rt Hon. John Gummer M.P. has accepted a position on the Board of Directors of the Foundation. Sir Victor Blank has agreed to act as a member of the Foundation’s Ethical Committee, which advises

H.S.H. Prince Albert II and the Board on the ethical suitability of all projects undertaken by the Foundation.

The Prince Albert II of Monaco Foundation is dedicated to protecting the environment and implementing solutions which promote sustainable development. It focuses on three major challenges: global warming and renewable energies; loss of biodiversity; and improving access to water and fighting desertification. It aims to be a catalyst for environmental projects by bringing together networks of researchers, companies and individuals with a shared objective – the protection of the environment on a global scale.

The Foundation has already selected 22 projects to receive its support, demonstrating the types of initiatives it aims to encourage. Projects include: the protection of the South Moroccan oases; research into second-generation bio fuels; and the reintroduction of the Bearded Vulture in the Alps. The Scientific and Technical Committee, made up of international experts, assists in selecting projects to benefit from the Foundation’s support.

H.S.H. Prince Albert II was inspired to set up the Foundation after a visit to the Arctic region in July 2005. The expedition retraced steps taken by his great great grandfather, Prince Albert I, a century ago to the Lillihook glacier in Spitzberg. Researchers accompanying Prince Albert II calculated that, since Prince Albert I’s visit, the glacier has lost 40 percent of its volume and shrunk in by six kilometres in length. It was this startling discovery, coupled with Prince Albert II’s life-long devotion to green issues, which led to the establishment of the Foundation in 2006.

H.S.H. Prince Albert II has pledged his personal commitment to the Foundation and its goals. He said: “I am under no illusion that any single initiative can bring sudden and effective change. However, it is simply irresponsible not to make an effort to reverse the dangerous trends we can all see for ourselves. Therefore, I assure you of my personal and unfailing commitment to the Foundation.”

The Foundation’s vision is based on three strategic objectives:

Ø       Raise awareness and encourage governments, international institutions and opinion leaders to take into account sustainable development of our planet in all of their decisions;

Ø       Create public understanding of environmental challenges and the responsibilities of each person to act to preserve the environment.

H.E. Mr Bernard Fautrier, Vice President and Chief Executive Officer of the Foundation, said:  “The challenges facing us go far beyond the borders of each country.  Therefore the Foundation is dedicated to playing a major role in the protection of the environment on a global scale.”