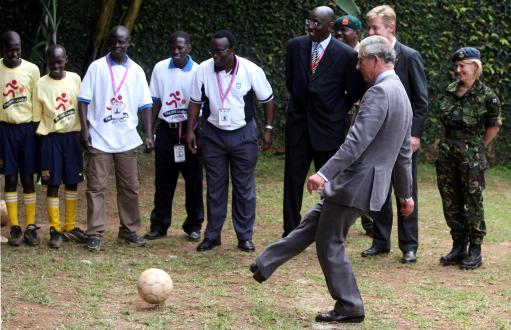 Prince Charles has made an impassioned plea for an end to deforestation as the most effective means of halting climate change.

Speaking on BBC Radio 4’s Today programme this morning, the Prince said it was crazy that the rainforests should be worth more dead than alive. He said he understood that may poor countries derived an income from logging and timber products, and more recently in the production of bio-fuels. But he said the developed world need to stump up the money to compensate those countries for their loss of income.

This could amount to some $30 billion a year, he said, which still makes it one of the cheapest and immediate ways of cutting down CO2 production, and preserving weather patterns. He said it was the equivalent of just 1 percent of all the insurance premiums paid around the world, which made it a very good  bargain for ensuring the weather patterns stay stable.

“When you think they [rainforests] release 20 billion tonnes of water vapour into the air every day, and also absorb carbon on a gigantic scale, they are incredibly valuable, and they provide the rainfall we all depend on,” he said.

The Prince said that in his recent meetings with world leaders, he had used the opportunity to raise the issue and had met with a favourable reaction.  He said a “huge effort” would be needed.

To listen to the interview, get the podcast from Auntie Beeb: