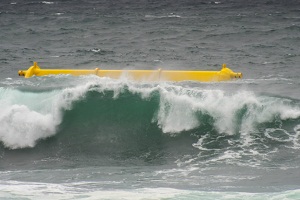 What if we could “tune” marine-energy devices so they could grab the maximum amount of power possible from each oncoming wave?

A new algorithm developed by researchers from the University of Exeter and Tel Aviv University could one day help us do just that.

By running their algorithm five times a second, researchers were able to determine the ideal resistance for each oncoming wave. Furthermore, one second’s notice is all that’s needed to capture the greatest amount of energy.

“You would think that the longer the WEC knows the wave height in advance, the better, but in a surprising finding, it turns out that a one-second prediction horizon is enough,” said Tel Aviv researcher George Weiss, noting that a longer prediction time does not actually improve the energy harvest.