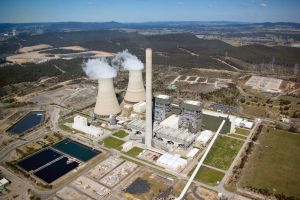 A little known fact from the Encyclopedia Britannica, Norwegians read more than any other population in the world, spending an average of 500 kroner a year per capita on books.

And it appears it might just have paid off. A Norwegian clean energy company, Sargas, has just announced the results of a pilot CO2 capturing technology from the Värtaverket coal power plant in Stockholm, Sweden. And the results are good. In testing 98.5 per cent of the CO2 was captured in fact.

Speaking to Sargas’ senior vice president, Lief Dons, Greenbang has been informed the company is using a new technique and sending the CO2 gas out via a flue at 12 atmospheres pressure instead of emitting the CO2 from the stack. This makes it easier, apparently, to collect the CO2 using a potassium carbonate process.

The technology cannot be retrofitted to old plants but, according to Lief, the costs, ” will easily be competitive with other new builds.”

According to another Sargas spokesperson, a 400MW coal powered station cranks out approximately 3 million tonnes of CO2 per year and and the company is hoping to get as close to 100 pc capture as possible.