Pope to preach on climate change 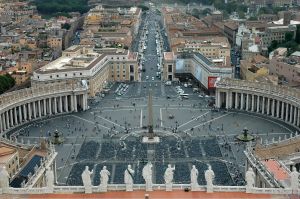 Just a short one on this lovely Sunday evening.  It may be a tiny bit late of his papalness but I guess late is better than never.  According to the IHT Pope Benedict XVI (Benny for short) says he wants to wake up consciences on climate change.

Whilst the Church hasn’t exactly had the best reaction to science (evolution via natural selection and the big bang for example) it has at least decided that ‘him upstairs’ might not necessarily get us out of the mess we’ve gotten ourselves into and maybe the scientists are right on climate change.

The Pope has told reporters while flying to Australia on a 10-day pilgrimage that people need to be spurred into changing their lifestyles because of climate change.