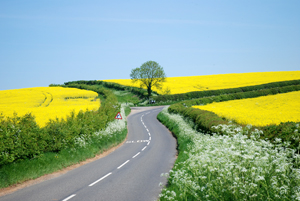 There’s an interesting story over at The Guardian – according to the paper, the EC is considering whacking ads for polluting cars with an eco-warning.

Like cigarettes carry warnings of lung cancer and other respiratory ills, so polluting cars would have to carry a “climate hazard alert” when marketed in print says the Guardian.

The adverts would also be beholden to confess the cars’ fuel consumption and the amount of CO2 they generate – and all this within months.

The system could work on a traffic light system – like some supermarkets use to designate fatty foods – with greener cars getting a corresponding green light and more emissions-laden motors sporting the red ones.

One MP reckons all the eco-alert goodness should take up 20 percent of all car ad space.

Greenbang reckons it’s a cracking idea. Given the success of cancer warnings on cigarette packets in persuading people to give up smoking, Greenbang looks forward to these environment alerts on car ads putting an end to all models of polluting cars everywhere.