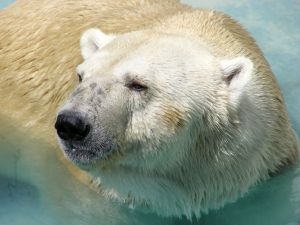 Photos of polar bears, ice caps and all that other climate-change stuff will fail to ‘resonate’ with the public when they are used for marketing purposes, a report from Getty Images says.

“Imagery has the ability to convey this political and emotive issue in a way that makes it real for individuals and make what can be such a huge and complex issue relevant for all of us on a personal level.  Pictures of the ice caps and polar bears will not resonate with consumers in the future – they need to be able to connect with the issue.” said Rebecca Swift, global creative planning director, Getty Images.

“With multi-billions being spent on commercial communications that are now appropriating and even preaching values from a highly volatile, political, area of public debate, environmentalism is both powerful and dangerous stuff for marketers to play with next year.”

As organisations attempt to ‘out-green’ each other imagery plays an increasingly vital role in eco brand positioning. In 2008 brands will have to be ever more aware of greenwashing. The Getty Images’ consumer survey, undertaken in partnership with Yankelovich Research, shows how consumers will be demanding authenticity and will rally against false advertising claims as this issue becomes more and more prevalent in their day-to-day lives.

”When it comes to the visual language of the environment, we are in danger of killing it as a meaningful symbol with visual cliché. The first lesson we must learn in order to grab any attention is to make Death to Environmentalism our mantra and kill off the clichés of ecology. Marketers shouldn’t preach what they or the consumer doesn’t really practice; they need to be positive, pleasing, entertaining, with messages that are environmentally sensitive,” said Lewis Blackwell, creative advisor, Getty Images.