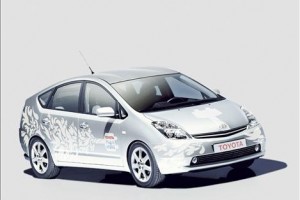 Toyota and EDF Energy have launched the first ever UK trials of a plug-in hybrid vehicle by a car manufacturer. EDF will use the plug-in Prius’ as part of its company fleet, with employees getting to test out the new car for the next year.

The trial will also research consumer acceptance of the new plug-in hybrid vehicle technology “as a preparation to broader commercialisation in the future”.

“Today’s announcement represents a step change towards acceptance of electricity in combination with hybrid technology as a viable and sustainable transport solution.”

“We passionately believe in rising to the challenge of climate change by helping our customers reduce the carbon emissions from their energy use. Incorporating this vehicle into our fleet complements our work in developing electric charging posts for vehicles in the UK and in France. It supports Our climate commitments, in which we have committed to cutting our CO2 emissions from our transport by 20 per cent by 2012.”