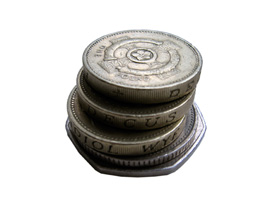 With petrol prices edging once again towards the £1 mark, it’s time for the Daily Mail and friends to get all frothy mouthed about how those crazy folk in Whitehall are ruining it for everyone with their taxes and why can’t we pollute all we like without having to pay for the privilege?

Hell, let’s go all the way and start some red-faced fist-shaking just to really get the point across.

Or, if you fancy injecting some sense into the debate, let’s look at it with our green hats on.

Fleet software company cfc solutions reckons its time to start cutting fuel consumption instead of complaining about rising costs. They would say that, but you can’t deny they’ve got a point on this one.

“With fuel card data, for example, you can start to identify drivers and vehicles that are using the most fuel. There could be a good reason for this – they could be a sales person with the largest geographical patch – but it could equally be because the driver has an aggressive driving style or there is a mechanical fault affecting the car.
“You can also introduce policies that target fuel use, such as
ensuring that three drivers making the same trip at the same time do
not use separate vehicles. None of these measures are exactly rocket
science but they are all very effective.”