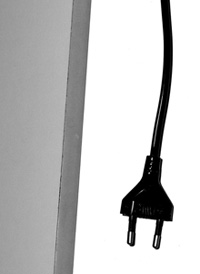 For the Pepsi Bottling Group has been showcasing its environmental credentials this week, revealing to Associated Press it’s got a new solar gig up and running in its Eugene plat.

The company says it is the second-largest system of that type in the Pacific Northwest.

The 250-kilowatt system is expected to generate 100 million kilowatt hours of energy during the next 35 years. That’s equal to the average amount of energy consumed by 21 Eugene homes during that same time period.

Bottlers of the fizzy brown stuff announced a shedload of other eco-initiatives last year. Here’s a couple of highlight:

— PBG reduces water usage through the application of innovative design and technology, thereby conserving millions of gallons per year.

— PBG is embarking on an initiative to more efficiently manage its delivery routes. This will mean fewer trucks on the road and decreased emissions.

— The water bottles produced by PBG weigh 14-22% less today (depending on size) than they did just three years ago. In partnership with other Pepsi bottlers, the weight reductions on Aquafina bottles alone save 35 million pounds of plastic annually.

— PBG recycles tons of materials in its production facilities, and is expanding its efforts to increase recycling rates on items including corrugate, shrink wrap, and electronic equipment. To help accomplish this goal, the Company is developing partnerships with national recycling vendors to help identify recycling opportunities and create best practices. More than 77% of the waste produced by PBG plants is currently recycled.