Employees peer pressured into being green 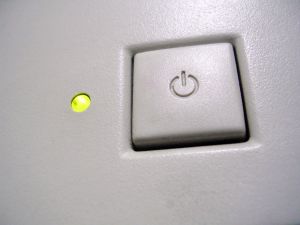 Would you turn off the light just because Jenny did it? Apparently so, according to a YouGov poll.

A third of employees have been forced by their peers to go green in the office. However, almost half (42 per cent) supported environmental inititatives in the work place because of their own environmetnal beliefs.

Capgemini, which sponsored the study, said it provides valuable guiadance to businesses keen to incentivise staff to reduce energy bills by highlighting how important a factor peer pressure can be.

Wasteful behaviour in office environments increases energy consumption by 20 per cent and costs UK firms over £157m each year and set to climb with increasing energy prices.

Almost one in five (18 per cent) of respondents saw ignorance of environmental issues as a real barrier in green initiatives being implemented in the workplace, according to the survey.

A variety of factors were identified as potential drivers of green behaviours in the workplace. Personal success came closely behind personal beliefs and peer pressure with 16 per cent seeing career benefits from being seen to be green, while 17 per cent expect direct financial rewards.

“Achieving the necessary change in business culture requires employee engagement and co-operation. From our experience, engaging employees and offering them simple, effective ways of changing their behaviours appears to deliver the most significant level of engagement. This can only be accomplished through strong leadership from the top combined with simple effective systems at the front line.”

Across the nation the West Midlands seems to have the lowest inclination to engage in environmentally friendly initiatives, with 34 per cent versus more than 52 per cent in London.