Peak oil, climate change and democracy: Do they mix? 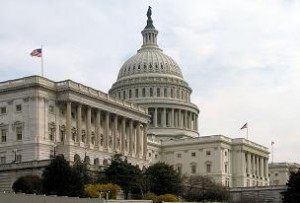 Winston Churchill once noted, “It has been said that democracy is the worst form of government except all the others that have been tried.” But have the pressing problems facing us today — looming peak oil, climate change, the still-strangled credit markets — given other forms of government an edge over democracy?

Perhaps not surprisingly, Chinese climate scientists like Qi Ye think so. During last week’s State of the Planet 2010 forum, he noted that the US hasn’t been able to pass meaningful legislation on climate change because “the democratic system is broken.” Could it be he has a point? Sure, China has surpassed the US as the world’s top producer of greenhouse gases, but it’s also taken the lead in developing renewable energy.

The “democracy-and-green-energy-revolution-don’t-go-together” philosophy isn’t limited to just developing nations, though. Just ask James Lovelock, developer of the “Gaia” theory and a brilliant thinker with strong views on energy, climate and humanity. In a recent interview with The Guardian’s Leo Hickman, Lovelock puts the blame for climate inaction squarely on the shoulders of modern democracy.

“Even the best democracies agree that when a major war approaches, democracy must be put on hold for the time being,” he said, adding that the state of the environment today could prove to be just as serious an issue as war.

Certainly, even a glancing look at the dysfunctional working of the US political system can make one ask whether democracy as we know it is up to the challenges of the 21st century. Faced with a crushing recession, high unemployment, rising energy costs, and years-long military deployments in Iraq and Afghanistan, among other issues, one of the country’s two political parties has instead chosen to focus on the “tyranny” of President Obama’s recently approved (solely by Democrats) health-care reform and minimising references to climate science and Thomas Jefferson’s influence on Enlightenment thinking in school textbooks.

Is there hope for democracy in a century being shaped by unprecedented environmental, resource and financial stresses? Let us know your thoughts in the comments section below.