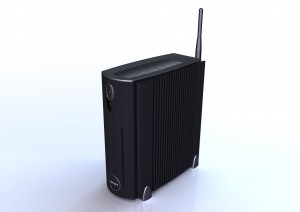 PC World has launched its first energy saving computer, which it claims uses only a fifth of the energy used by the average PC.

The Advent Eco PC uses just 25w – about half the power it takes to light the typical light bulb, with the energy differential primarily coming from its fan-less self-cooling system.

The environmental benefits do not end there, with its plastic case made from 75 per cent recycled materials. Packaging has also been minimised by printing the setup guide on the side of the box.

The PC is also backed by the Energy Saving Trust, with its trade marketing head Adrian Arnold saying:

“We applaud the development of this low-energy consuming PC as this is a means for all of us to save energy and money at home.”