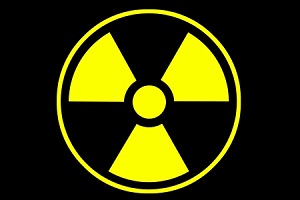 As we close in on the one-year anniversary of the deadly triple disaster in Japan — earthquake, tsunami and nuclear plant failure — the fallout, both real and literal, remains far from over.

Unsavory details, for example, continue to emerge about the foibles and failures of the nation’s nuclear industry: a lack of accountability, clear warning signs brushed aside and even its entanglement with the yakuza, the Japanese mafia. That record, coupled with public protests against nuclear power, have led to the, for now, temporary closure of 52 out of 54 of the nation’s nuclear plants, which had provided around 30 percent of Japan’s electricity.

Although the threat of a meltdown at Fukushima Daiichi has been brought under control, cleanup will take decades … 40 years, according to the decommissioning plan released by the government in December.

Far from Japan, the events at Fukushima have generated decisions with equally long-lasting repercussions. Germany has announced plans to phase out nuclear power. So too has the German-based energy-tech giant Siemens. The US and the UK, on the other hand, are moving to add new nuclear power capabilities, even as organizations like the Union of Concerned Scientists point out to the need for improvements in the industry.

Meanwhile, Japan continues to struggle with the question of what sources it should get its future energy from. Prime Minister Yoshihiko Noda remains “largely uncommitted” to his predecessor’s pledge to phase out nuclear power, according to the New York Times. At the same time, though, the nation’s efforts to launch a new generation of fast-breeder reactors was dealt a blow last month when the Japan Atomic Energy Commission concluded those plans are technologically unrealistic for the next two or three decades, OilPrice.com reports.

“It was supposed to be the dream reactor, powering Japan for 100 or 200 years,” said Satoru Kondo, director general of the commission’s fast-breeder program. “I never thought it would take this long.”

As OilPrice.com noted, “Dreams die hard, some more … expensively so than others.”