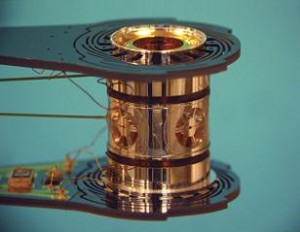 It’s not the first time we’ve heard these words, but US scientists say they’ve achieved a breakthrough that brings us “one step closer” to finally achieving the ultimate of clean and endless power: nuclear fusion.

That breakthrough came yesterday, when researchers at the National Ignition Facility (NIF) at Lawrence Livermore National Laboratory (LLNL) fired a record-breaking shot of laser energy onto a tiny target containing two different isotopes of hydrogen fuel. That historic, one-megajoule-plus blast lasted just a few billionths of a second but, at its peak, delivered 500 times more power than the entire US uses in any single moment.

It also fired out about 30 times more energy than any other group of lasers in the world has before.

“Breaking the megajoule barrier brings us one step closer to fusion ignition at the National Ignition Facility, and shows the universe of opportunities made possible by one of the largest scientific and engineering challenges of our time,” said Thomas D’Agostino, administrator of the National Nuclear Security Administration.

Nuclear fusion, the reaction that fuels our Sun and the stars, has been a long dreamed-of goal in science and a vision for powering society without fossil fuels or carbon emissions. Unlike the  fission reaction of today’s nuclear power plants, fusion energy requires no uranium — just hydrogen, the most common element in the universe.

In this week’s successful test, scientists aimed an array of 192 powerful lasers at a small cylinder the size of a pencil eraser. Inside that cylinder was a tiny, spherical target containing the hydrogen isotopes deuterium and tritium. The goal is to use the laser energy to generate x-rays in the cylinder; those x-rays should then compress the hydrogen target to the point it reaches a high enough pressure and temperature (more than 200 million degrees F) to set off a fusion reaction just like that that takes place in the Sun.

The National Ignition Facility’s next goal will be to conduct experiments with fuel in a frozen hydrogen layer inside the target. Those tests are set to begin this summer.