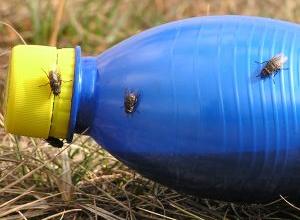 While most of the peaks we see looming today — peak oil, peak water, peak rare-earth metals, etc — have dire consequences for life as we know it, Rolf Halden is hoping we can bring on another peak that will spell a better world on the downward slope: peak plastics.

Halden, an associate professor in the School of Sustainable Engineering at Arizona State University, understands the need for that peak as he’s conducted a massive review of all the scientific studies he could find on the effects of plastics on human health and the environment. His findings, published in the latest Annual Review of Public Health, indicate that plastics not only pollute vast stretches of the globe but have become so ubiquitous it’s hard to find any person on the planet who hasn’t been exposed to them.

And that’s a problem. In trying to assess how low-dose exposure to plastics might be hurting our health, researchers would like to be able to compare people who use plastics to those who don’t … but the latter kind are all but impossible to find.

“Today, there’s a complete mismatch between the useful lifespan of the products we consume and their persistence in the environment,” says Halden, who is also assistant director of Environmental Biotechnology at the Biodesign Institute. “If we’re smart, we’ll look for replacement materials, so that we don’t have this mismatch — good for a minute and contaminating for 10,000 years.”

While signs of plastic pollution in the environment are easy to spot, plastic’s impact on human health is harder to assess. Even so, two classes of plastic-related chemicals have managed to stand out for their health risks: bisphenol-A (also known as BPA) and phthalates. As these break down over time through repeated use and washing of plastics, they can enter the bloodstream and interfere with normal hormonal activity, which poses a special risk for developing fetuses, infants and children.

Ironically, phthalate additives can make up as much as 40 to 50 per cent of medical devices like IV bags or tubing.

“If you’re in a hospital, hooked up to an IV drip, the chemical that oozes out goes directly into your bloodstream, with no opportunity for detoxification in the gut,” Halden says. “This can lead to unhealthy exposure levels, particularly in susceptible populations such as newborns.”

Some of the other disturbing facts about plastics Halden discovered during his survey:

Despite all this, Halden says he’s optimistic that society can begin to make wiser choices and develop more sustainable products, formed from biodegradable, non-toxic chemical building blocks. After all, we’ll have to sooner or later, as the cheap oil on which plastics are based starts running out.

Better replacement materials will help in that regard, but changing our habits and throw-away culture will also be important.

“We’re doomed to live with yesterday’s plastic pollution and we are exacerbating the situation with each day of unchanged behaviour,” Halden says.