One offshore wind project per decade? Not a recipe for energy security 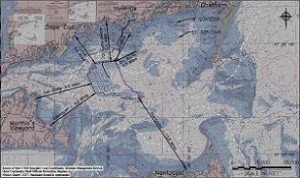 If they’re serious about boosting their domestic renewable energy capacity, US citizens had better hope that future offshore wind power projects won’t take as long as the one — the nation’s first — approved this week.

US Secretary of the Interior Ken Salazar on Wednesday approved the $1 billion Cape Wind renewable energy project on federal submerged lands off the coast of Massachusetts’ Nantucket Sound. The project’s developer, Cape Wind Associates, has been fighting for approval since 2001, but has long faced opposition from high-profile figures such as environmentalist Robert Kennedy Jr. and oil magnate Bill Koch, as well as from local Native American tribes.

The approval granted this week will require Cape Wind Associates to agree to additional binding measures to minimise potential adverse impacts from construction and operations of the facility.

“After careful consideration of all the concerns expressed during the lengthy review and consultation process and thorough analyses of the many factors involved, I find that the public benefits weigh in favor of approving the Cape Wind project at the Horseshoe Shoal location,” Salazar said. “With this decision we are beginning a new direction in our nation’s energy future, ushering in America’s first offshore wind energy facility and opening a new chapter in the history of this region.”

Following Salazar’s announcement, several opponents indicated they would seek to fight the decision in the courts.

If it manages to go forward, the Cape Wind project would be the first wind farm on the US’s Outer Continental Shelf, and could generate enough power to meet 75 per cent of the electricity demand for Cape Cod, Martha’s Vineyard and Nantucket Island combined. Spread out over a 25-square-mile area, the development is expected to have an average power output of 182 megawatts, with a maximum generation capacity of 468 megawatts.

Proponents say the project could prove to be one of the largest greenhouse gas reduction initiatives in the nation, and could reduce carbon dioxide emissions from conventional power plants by 700,000 tonnes a year — as much as is produced annually by 175,000 cars.

Input from those consultations led the department to require the developer to change the wind farm’s design and configuration to diminish the visual effects of the project. Cape Wind Associates will also have to conduct additional seabed surveys to ensure that any submerged archaeological resources are protected prior to bottom-disturbing activities.

Those revisions bring the number of planned turbines down from 170 to 130, and also call for the array to be moved farther away from Nantucket Island.

“The need to preserve the environmental resources and rich cultural heritage of Nantucket Sound must be weighed in the balance with the importance of developing new renewable energy sources and strengthening our nation’s energy security while battling climate change and creating jobs,” Salazar said. “After almost a decade of exhaustive study and analyses, I believe that this undertaking can be developed responsibly and with consideration to the historic and cultural resources in the project area.”