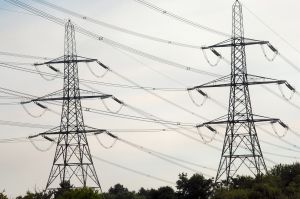 The European Commission is proposing a vast ‘super grid’ using wind farms and solar power to help move Europe to a low carbon economy and secure its future energy supply by reducing dependency on imported gas and oil.

The EC’s Second Strategic Energy Review acknowledges the dependence on fossil fuels for some time to come but says its new proposed action plan and policy will stimulate investment in more efficient, low carbon energy networks.

“Energy prices have risen by an average of 15 per cent in the European Union in the last year. 54 per cent of Europe’s energy is imported at a cost of €700 for every EU citizen. We have to address this urgently, by taking measures to increase our energy efficiency and reduce our dependence on imports. We have to invest and diversify.”

A big worry for Europe is the fact much of that imported energy comes from Russia and the potential for disrupted gas supplies in the future remains high.

One of the proposals is for the development of a blueprint for a North Sea offshore grid, interconnecting national electricity grids and plugging into planned offshore wind farm projects. This wouldd also connect to the rest of Europe with a “Mediterranean energy ring”, which would exploit the solar and wind energy potential in that region.

In tandem with energy supply the EC proposals address the issue of energy consumption. The energy review proposes a package of energy efficiency proposals for making energy savings in key areas, such as reinforcing energy efficiency legislation on buildings and energy-using products, and enhancing the role of energy performance certificates as well as inspection reports for heating and air-conditioning systems.

As you can expect from anything out of Brussels, the review is a bit of a weighty tome. These are just some of the key points but there’s more in-depth material from the EC here.