Of bad CSR and biofuel-heating handouts 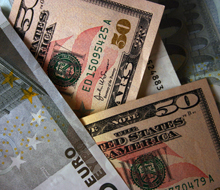 A bad corporate social responsibility report can be the enterprise equivalent of the push-up bra. To put it bluntly, it looks good from afar, but as soon as you take away the nice packaging, there’s not really an awful lot to look at.

Greenbang mentions this purely because the story she had originally intended to bring you was on the CSR report of a FTSE 100 company which operates in an industry not naturally known for its environmental friendliness. This, thought Greenbang, will be a doozy. An insight into the corporate mind, a fascinating look into what the corporate giant is doing to make its business greener.

What she found was screeds and screeds of nonsense thinner than the nighty on a Playboy bunny. She trawled through heaps and heaps of cobblers of the highest order to find some facts she could use to enlighten you, dear reader. The more she tried, the more she found bugger all.

Rant over, now onto something that ranks far higher on the usefulness scale: money.

The cash in question takes the form of a new fund from Defra totalling £4 million and open to projects supporting “biomass-fuelled heating and combined heat and power projects, including anaerobic digesters”.

“Applications are welcome from industrial, commercial and community sectors. This encompasses public and private limited companies, from smaller businesses like pubs, clubs, shops or farms, to offices, golf courses, recycling centres, supermarkets and stately homes, right up to larger businesses like breweries, food processing companies and airports. Applicants from the community sector can include schools, colleges, universities, hospitals, local authorities, housing associations and charities,” according to Defra.

Want to get your hands on the cash? There are more details on how to apply here.