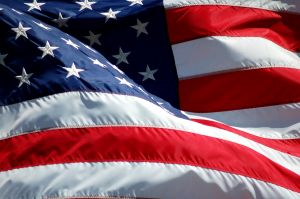 Amid all the hoo-haa, back-slapping and general political razzmatazz going on at the Democratic National Convention in Denver this week as Barack Obama officially began his Presidential campaign, there were some interesting green goings on.

It’s hardly going to change the world given the US’ broader environmental policies but every bit counts, right? The Democratic Party’s stated aim is to have the “most environmentally sustainable political convention in modern American history”.

The eco plans started a year before the convention and include initiatives ranging from minimising waste at “resource recovery” (Greenbang’s guessing this is political speak for recycling) stations to measuring the convention’s carbon footprint (with the help of carbon advisor Camco).

There’s lots of the obvious stuff like energy-efficient computers, motion-sensor and solar-powered lights and low toxin paint but some bigger initiatives as well.

One of the more interesting ones is the use of hybrid, alternative fuel or biodiesel for the buses used to transport delegates and media from hotels to the convention centre. One report says brewer Coors has even donated ethanol made with thousands of gallons of its beer waste.

More on the ‘greening’ of the event at the official Democrat National Convention website here.

Let’s just hope some of this thinking carries through to actual policy if Obama does make it all the way to the White House later this year.