Obama: delay on climate, energy “no longer an option” 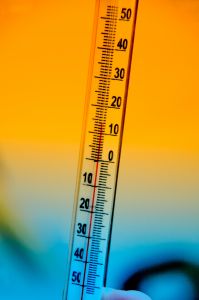 “Few challenges facing America — and the world — are more urgent than combating climate change,” Obama told the assemblage. “Climate change and our dependence on foreign oil, if left unaddressed, will continue to weaken our economy and threaten our national security.”

Obama said the nation’s clean energy future will require investment in a wide range of technologies: solar, wind, and next-generation biofuels, as well as nuclear (“while making sure it’s safe”) and the yet-to-be-realised clean-coal technology.

He continued that another priority for his administration will be a federal cap and trade system to reduce carbon emissions to 1990 levels by 2020. Eventually, he said, that system will aim to cut emissions 80 percent by 2050.

And here’s something you’ve never heard from the outgoing administration:

“Now is the time to confront this challenge once and for all,” Obama said. “Delay is no longer an option. Denial is no longer an acceptable response. The stakes are too high. The consequences, too serious.”

There’s a “Mission Accomplished” banner worth looking forward to.