No turtle, no deal 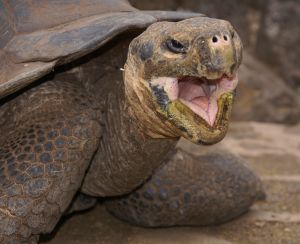 Aluminum Corporation of China (CHINALCO) , China’s largest alumina producer has made a promise to Australia: the mining plan in Queensland will not damage the environment or affect the endangered turtles; otherwise, the deal could be off, according to Chinadaily.

The Aurukun bauxite project is the largest investment by a Chinese company in Australia but if the number of turtles decreases after several months of monitoring, the deal could be off.

The endangered turtles are a crucial part of the Chinese company’s A$3 billion ($2.58 billion) project environmental assessment test.

The turtle census is only one part of the environmental report card. It will take two years to conduct the full comprehensive test to see whether Chinalco’s mining plan will damage the environment and affect its ecological balance and diversity.

Last year when Chinalco signed the agreement with the government of Queensland, to develop the bauxite mining project, some Australian activists challenged the project’s environmental impact, arguing that China is seeking to transfer a high-pollution industry overseas.

Well, the fate of the Australia reminds me of another animal, the Yangtze dolphin. And the turtle is much luckier than the dolphin who lived in China’s Yangtzi River and now is possibly extinct due to the heavy cargo traffic and the water pollution in the river. What if China said NO to those huge projects along the river? Maybe we could still have a chance to look at those white, beautiful and unique Chinese dolphins…