‘Next Wednesday, no power for you. Deal with it’ 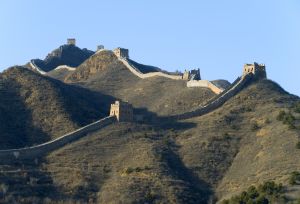 Who are the most patient people in the world? Primary school teachers? Buddhish monks? Buddhist monks who teach primary schoolchildren and look after injured puppies on the weekend? No, it’s actually Chinese factory owners.

If you’re a little skeptical, Greenbang would like to point you towards an article over at Business Week for proof.

Rather than allowing power shortages to manifest themselves as brownouts, China’s grid prefers to cut power to service areas. On the upside, this allows the country to avoid unscheduled outages and maintain power stability. However, said Brock, “It’s common in China for the grid to call a factory and say, ‘Next Wednesday, no power for you. Deal with it’.”

If Greenbang had received such a communiqué, she might respond with a four word phrase, the middle two words of which might be ‘off’ and ‘you’.

The problem is this, according to Business Week:

Lags exacerbated by factory owners frequently failing to schedule demand with the grid before bringing facilities online. This leads to shortfalls as the system tries to adapt to new demand.

It’s a scenario that seems roughly equivalent, in Greenbang’s mind, to ringing up the pub on Monday and telling them that you’ll want three pints of mild and a packet of hot and spicy Monster Munch for Wednesday at half six.

But why all the blackouts (apparently quite common – as in one or two days a week common – in some provinces)? A steep increase in demand, a disparity between areas where electricity is generated and consumed and lack of investment in the necessary infrastructure to move power over long distances.

Greenbang isn’t surprised there’s a massive push for renewables in China at the moment. How long til it’s accompanied by some microgeneration or smart grid action?