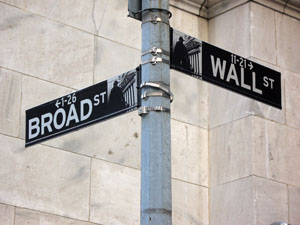 Pop quiz, ten points to the winner. What’s new about the “rest rooms” (or toilets to the less euphemism prone) at New York’s Penn Station? No? One last guess? Nope?

OK, Greenbang will end this terrible suspense and let you know: they’re being redesigned at a cost of $5 million and the size of the ladies will double. Yes, you heard Greenbang – double!

How does Greenbang know? Why, she found out in an announcement from the New York Metropolitan Transport Authority (MTA) website. She also found out about shedloads of sustainability initiatives that the authority is up to, following some recommendations from the Commission on Sustainability.

Among the more than 20 recommendations and projects identified in the interim report, the MTA has made the following commitments:
• Derive 7 percent of its energy needs from solar, wind, and other renewable sources by 2015.
o 6 megawatts of solar power will be developed at MTA facilities through an RFP in partnership with the New York Power Authority and in cooperation with the Long Island Power Authority, creating the largest solar power project in Empire State history.
o A substantial portion of the Roosevelt Island Subway Station will be powered by renewable tidal energy generated in the East River by Verdant Power.
o Evaluating the feasibility of providing 14% of the power at the MTA Bus Company Far Rockaway Depot from wind turbines under an RFP process.
o The MTA has received a $2.5 million grant from NYSERDA to develop and generate the next generation of energy efficiency technologies.
• Create a partnership with the state agencies in the Governor’s Smart Growth Cabinet to promote transit-oriented development (TOD) in the MTA’s service territory.
o Offer incentive packages from various state agencies to encourage development at or near MTA stations.
o MTA will provide a web-based one-stop shopping opportunity for communities interested in TOD.
• Develop green design standards for transit facilities based on the LEED ratings, using the rigor and experience of the U.S. Green Building Council.
o The MTA is planning high-performance roofs at many facilities, including vegetated green roofs at the Metro-North Railroad’s Harmon Yard Support Shop, the MTA Bus Far Rockaway Depot, and the B&T Queens Midtown Tunnel Service Building Annex; and a white roof at the LIRR Hillside facility.
o In addition, a community-visioning session for the Mother Clara Hale Depot will explore what kind of high-performance roof to include in the new design.
o Initiate joint procurement programs for green products and services in conjunction with other major public entities.
o The MTA has established a Smart Fleets Study Group, comprising lead rail-car designers from the MTA agencies, to identify opportunities to reduce rail-car weight and introduce other environmentally-friendly features while maintaining safety standards.
• Map groundwater sources in MTA tunnels and properties and identify industrial and beneficial uses.
o The MTA will evaluate current water usage and available best practices to reduce the amount of potable water used to wash vehicles.
o NYC Transit will evaluate ways to utilize water harvested from the subway system for various beneficial uses, such as cooling of some transformers.