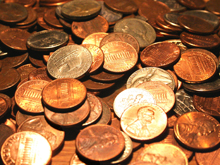 Pensions funds remind Greenbang of Otto von Bismarck’s remark that “Laws are like sausages, it is better to not see them being made.” Greenbang is a cultured lass like that.

What goes into sausages and what goes into building pension funds sometimes doesn’t bare thinking about. The arms industry, for instance, might be a big money spinner, but Greenbang’s not exactly down with the idea that her pension contributions could be used to finance the R&D of the latest hi-tech death machine.

Fortunately, pension fund managers are cottoning on to the fact that your average Joe might, you know, want their pension fund to be invested in forces of good, like green tech. Which is precisely what New York State Comptroller Thomas P. DiNapoli has announced he’ll do with capital from the New York State Common Retirement Fund.

Tommy-boy’s Green Strategic Investment Program will see $500 million being ploughed into the clean tech and renewable sectors. This isn’t because he’s a tree-hugging hippy Comptroller, mind. Unsurprisingly, DiNapoli also reckons it’s a bang up way of making some money.